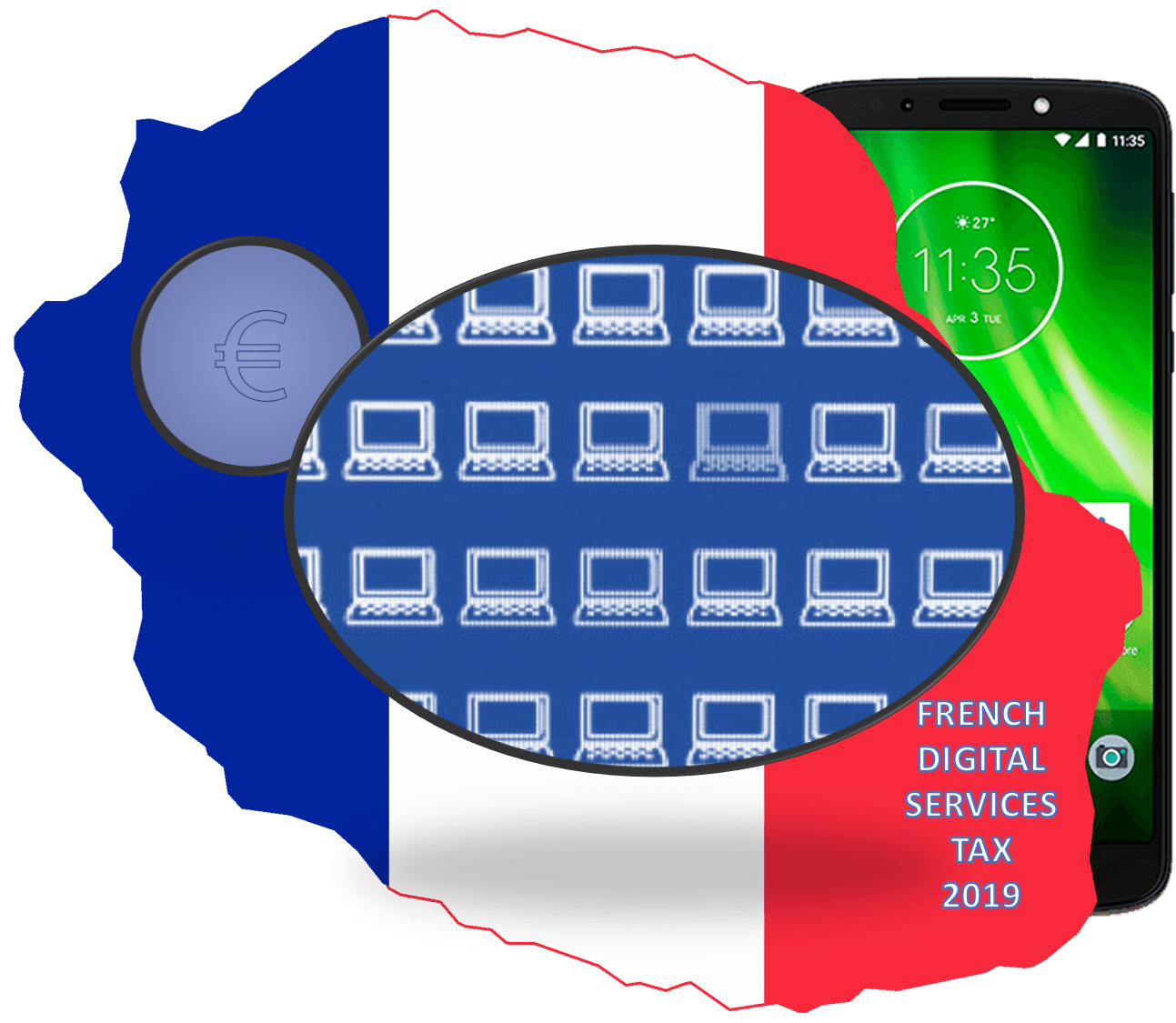 The National Assembly passed on July 4th the French Digital Services Tax Bill, and the Senate did the same July 11th, 2019.

The Ads need to be targeted to French users and based in the data provided by such users.

This category includes the management and communication of users data, which seems to resemble the 3rd category of services in the EU directive, but with the nuance of talking not about any data but just the data generated by their interaction with the digital platform, and transmitted for advertising purposes.

Non targeted Advertising, equivalent to ADS / messages sent solely on the basis of web content and identical to all users.

Just a few hours after the new tax approval at the highest parliament chamber in France, U.S. President requested a trade restriction & discrimination investigation in respect to it for US commerce, and Washington set hands on immediately.

Many commentators remembered the similarities to the initial China / US discussions that ended up with the United States imposing additional tariffs and trade restrictions.

France has managed a fast and expedite legislative process after the EU Commission was not able to get unanimous approval for the EU equivalent directive they were strongly endorsing.

The tax, even being a targeted approach for digital businesses with a difficult legal construction, provides a more centered approach in some key elements that other local Governments are failing to clarify on their drafts, like what is to be considered as Targeted Advertising. It also sets a clear line around the type of data whose transference could be subject to the tax.

The global revenue threshold is in the French DST case based in digital in scope services and that makes a huge difference versus the EU directive and other draft laws in terms of the number of companies to be affected by this regulation.

France it is firmly sticking to their announced plans in the middle of a fierce international reaction from many segments of society and specially from the US who has expressed its view of the law as a pure “anti-american companies” legal instrument.

Macron has 15 days after July 11th to ratify the law, let’s see how precise the pen on his hand is in responding to the tremendous international pressure and what is the reaction it provokes in the rest of the EU countries following shortly behind in their same line of thinking.

The US Section 301 Investigation is in due course now, and other legal challenges could potentially come from the affected companies under different angles related to tax treaties, EU freedoms, and others; but none of those streams is going to be quickly nor easily resolved when open.

For the ones we have been closely following this topic internationally, it would be a real surprise at this stage if during the next few days something makes this demonstration of tax sovereignty to be on hall and sent to the consideration of the French constitutional court.