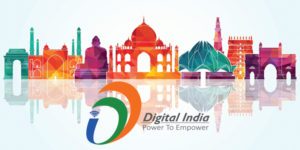 Through its Finance Bill 2018 India make use of one of the doors left open by the OECD BEPS Action 1 on Digital Economy Taxation, by introducing the new SEP concept in their internal tax regulations.

India Government considers that as a result of foreign enterprises interact with customers in India through advanced technology and new business models without having any physical presence, “the rights of the source country to tax business profits derived from its economy is unfairly and unreasonably eroded”.

The internal PE definition is therefore amended with effect from April 2019 to provide that ‘significant economic presence (SEP)’ in India shall also constitute a business taxable connection.

(i) any transaction in respect of any goods, services or property carried out by a non-resident in India including provision of download of data or software in India if the aggregate of payments arising from such transaction or transactions during the previous year exceeds the amount as may be prescribed; or

(ii) systematic and continuous soliciting of its business activities or engaging in interaction with such number of users as may be prescribed, in India through digital means.

The foreign Co activities shall constitute SEP in India, whether or not the non-resident has a residence or place of business in India or renders services in India.

A minimum “revenue” and/or “users” threshold will be decided at a later stage after consultation with the relevant stakeholders.

DET3 comments: During almost the last century, PE nexus has been based on regular physical presence that was a fundamental proxy to attract the source country taxing rights over a non-resident, both in the Fixed Place of Business, Dependent Agent, and ultimately in the Services PE where passed.

We all knew that digitalization of the economy was changing the fundamental shape of international business and India is the first country in introducing the SEP principle in their internal regulation, leading the way once again on digital economy taxation for a country where mobile penetration has just reached 420 Million users in 2017 and is still far away from European average.

Their aim with this measure is not only capturing the big digital giants within their tax sovereignty, but also smaller foreign companies with no-low local physical presence.

They accept that until the corresponding modifications to PE rules are made in the DTAAs, the cross-border business profits will continue to be taxed as per the existing treaty rules.

A delicate issue will be defining what it means “interaction with a number of users”, also in relation to any expected SEP income attribution as user does not mean revenue.
Not only for India, but a general consideration over SEP will be how to embed its co-existence with the rest of the international tax pre-existing rules, many of which were equally designed for the traditional economy and value creation processes.

Despite the huge hurdles that isolated country positions will generate on international digital trade, what is clear is that the Indian Government has taken the Digital agenda seriously not only on digital economy taxation but in other areas like digital payments, e-Government and Digital-skills.