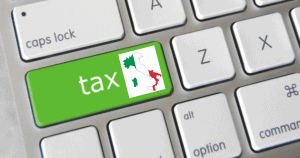 Effective from January 1, 2019, the 2018 Financial Bill passed a new B2B tax on digital transactions (so called Web Tax), a provision obliging companies to pay a 3% tax on some internet transactions made in Italy.

According to Reuters, such tax is projected to bring in 190 million € / year for the Italian Government.

The Financial Bill defines such services as “services provided by means of internet or any other electronic networks, the nature of which makes the provision of the service mainly automatic and characterized by a minimum human intervention and with no possibilities to be provided without information technology support”. This definition drinks from the text of the current EU VAT directives.
The Ministry of Finance will release a ministerial decree by April 30, 2018 developing additional detail regarding the Web Tax and which concrete digital services subject to it.

Web Tax rate: 3%, applied to service cost base, net of VAT.
Tax-payer: due from Italian and non-Italian resident service providers.
Threshold: Taxpayers performing more than 3,000 transactions during a calendar year.
Service recipient duties?: it must withhold the Web Tax and deliver it to the tax authorities by the 16th day of the following month, unless service provider attests in the invoice that it has not exceeded the 3,000 transactions limit during the calendar year.
Creditable in seller income tax?: No
Entry into force: Beginning January 1st, 2019 once the Minister of Finance has published the specific decree on this topic.

DET3 perspective:
Despite the considerations about inter-play of this local tax measure and the also passed augmented local PE definition with the international tax world, to clarify the specific nature of the digital transactions in scope will be a question of imperative need considering the range of digital activities that could fall within the definition provided.
While indications suggest they do not target “e-commerce transactions”, the reference to mainly automated transactions seem to point to highly repetitive transactions closed and executed electronically between the parties under structured pre-defined conditions. In the modern economy, an increasing number of services are not concluded electronically but executed just electronically under an umbrella agreement.

One simple example: studies from trustable sources say that A.I. and Robot Process Automation will eliminate 9% of white collar / admin/ back office jobs in 2018 in some relevant countries…. Clearly, more precision is required.