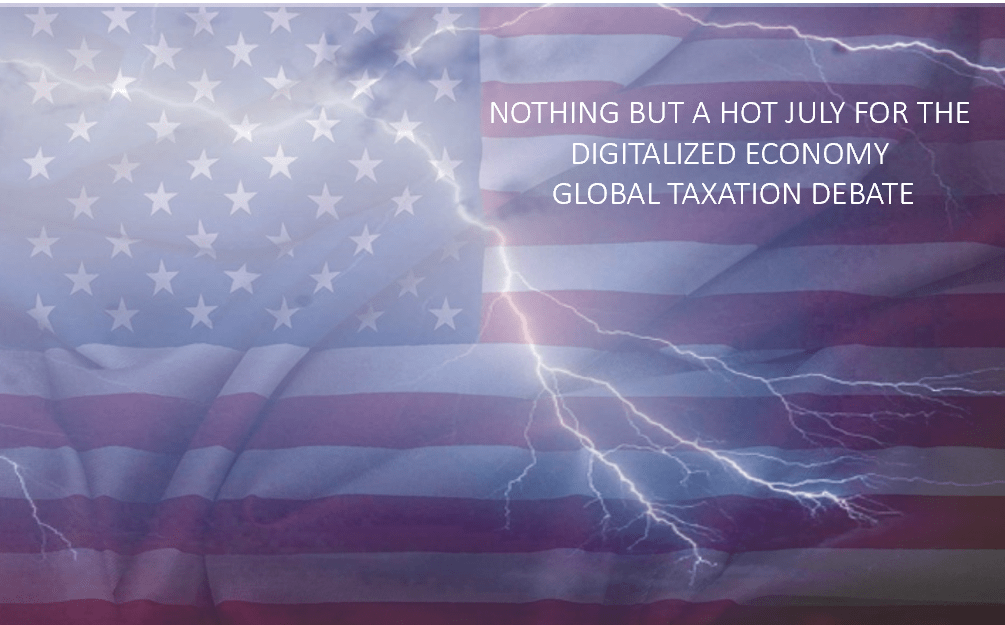 Through a mid-June sent letter, the US Treasury Secretary informed the European finance ministers of their intention to re-prioritize the Digital Economy Taxation Pillar One discussions suggesting the negotiations to be put on hold while the countries addressed the Covid-199 WW pandemic crisis and focusing on Pillar two solutions.

Under their perspective, the focus now should be on responding to the health crisis and “safely reopening … economies”.

This “prioritization pause” in the Pillar one part was nevertheless communicated in fact as a withdrawal by some US trade representatives in US media and some of the EU based parties like the French finance minister took it as “a provocation”.

Regretting much the decision, the  EU economic top commissioner, highlighted his expectation of the situation being a temporary setback rather than a full breaking of the negotiations table, but warned that if the solution is finally not reached this year the EU will come forward with a new DST proposal at E.U. level.

The already long back-and-forth tax-trade war retaliations talks continue under much heightened tension, and the French Finance minister for example has lately shown signs of increased irritation with it, shared by other countries.

It is clear that the US is not happy with a Pillar one shortcut on the arm’s length principle but these conversations, as well as others come from long and it is worrying to observers to see it at this stage of the process that started with Action 1 BEPS around 2014 and also to see that structural elements are again on the table.

In case of no final agreement, the consequences, discussed several times in previous posts, could really be damaging for an economy that needs to recover and a a monetary and economy system that needs to contribute to restore trust post Covid-19 rather than the other way around and when most supply and value chains have been seriously affected by the situation and will have a tough time to ignite back.

After the situation created, it seems that the U.S. still plans to participate in the expected early July meetings organized by the OECD to discuss the digitalized economy taxation.

From a more strategic point of view, it is to be observed if the long process behind and the extreme friction created lately will end up in a serious drain on digital tech perception in the mind of informed citizens that could end up building conscious communities with evolved values and perceptions over the brand of US technological companies that are otherwise delivering great products and services.