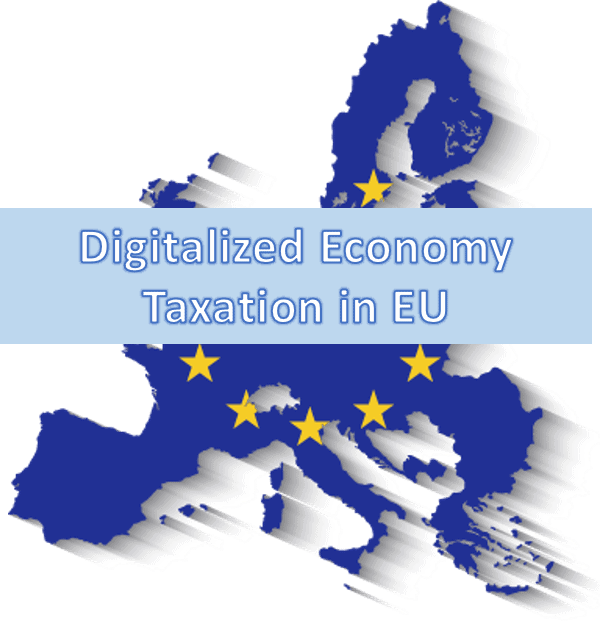 Finance and Economy Ministers held an important policy debate on the proposal to establish a digital services tax last ECOFIN meeting.
A compromise revised text of the March Directive proposal, supported by many countries, was presented, but according to the official outcome released that text did not gain the necessary support.

Ministers examined also the last-minute joint declaration by the French and German delegations inviting the Commission and the Council to:

• Amend and focus its DST directive on a tax base referring to digital advertising targeted at users only (versus the 3 initial digital services subject).

• To submit proposals on minimum taxation of digital economy in line with the work of the OECD, US, Germany and France, not based in taxing revenue but profits.

The joint declaration stressed at maximum to Council the urgency to adopt a legally-binding directive on a DST without delay, and in any case before March 2019.

Interestingly, the joint declaration notes that the DST directive would not prevent Member States from introducing in their domestic legislation a digital tax on a broader base than just digital targeted advertising.
At the light of all the above, the presidency recommended continuing to work on the basis of the latest directive compromise text and the elements of the Franco-German declaration with the aim of reaching an agreement as soon as possible.

In the following 2 days after ECOFIN we saw the publication of the opinion of the European Committee of the Regions on the Digital Economy Taxation topic, DST and SDP directives, proposing additional specific amendments, questioning a number of points and recommending additional actions (*).

DET3 COMMENT
There is no agreement yet between all Member states at EU level on the short-term regime, there is misalignment between EU political bodies on some elements and there is no international consensus yet at OECD level on how to respond to the challenges we have on the table since a number of years ago.
As more and more countries in most continents/regions, are considering unilateral measures, mix the international situation (OECD/EU/UN) with those local different pictures, scopes and interpretations on digital economy, add a few segments of post BEPS MLI variances, and it is clear that we are adding a systemic complexity that is against some of the key Digital Economy principles of simplicity and agility and against the instant international business articulation that the “global cloud” enables…..Cloud implementation is moving really fast in organizations of all sizes, so timing is starting to be the critical element of this debate.

Respecting the March deadline and taking unanimous decisions it is one of the key underlying conditions set in the text of the Franco-German “concession” of watering down the DST in scope services and deferring entering into force timeframe.

So, March 2019 for the EU and January 2019 for the OECD expected communication on this topic status and progress on the “minimum taxation” framework are the next high relevance dates.

Despite this difficult general situation, it seems nonetheless that all these turbulences and strong balancing of political interests and trade commerce collateral impacts discussions are generating a level of concrete progress towards reaching preliminary consensus between key OECD countries about the future potential overall framework. Including the US.

To be checked in the OECD January report. But time is starting to be a factor now.

We anticipate that the analysis of the practical implications of the application of any of the long-term solutions in consideration is going to take time, and the fundamental discussion will be around valuing digital value creation, users and data. Everything will likely end up pivoting around.

Unless the modus operandi were to be heavily changed to an agile collaborative streamed mode, it is not going to be easy to have measures implemented by the date some EU Member States are requesting it. Will these countries be satisfied with a general framework?.

(*) We refer to our summary of the European Committee of the Regions opinion contained in this same “last-news” section of our website.