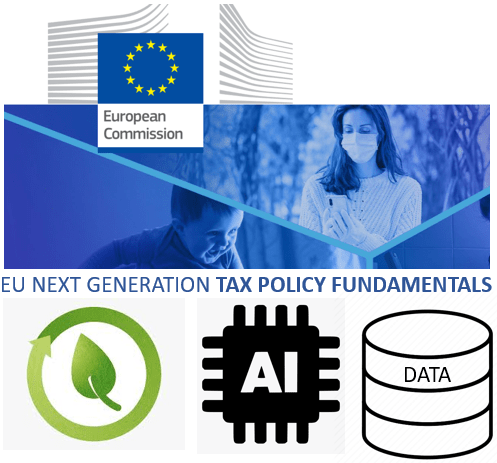 Resuming from our initial post on the “Next Generation EU” (NGEU) proposal, we cover now what’s inside from a pure tax perspective.

Tax part of the NGEU proposal

In the Tax policy area, the NGEU instrument is focused in the following topics:

As technological change and globalization have enabled new business models it is clear that the international corporate tax framework has to keep pace, so the Commission will present a Communication on Business Taxation for the 21st century, focusing on the taxation aspects relevant in the Single Market.

This will be complemented by an Action Plan to Fight Tax Evasion covering Tax Good Governance and Automatic Exchange of Information as well as measures to make taxation simple and easy.

More related to physical trade, the Commission will adopt an Action Plan on the Customs Union to promote compliance and improve the governance of the Customs Union, and will also adopt a legislative proposal on a Customs Single Window to reinforce protection while simplifying administrative burden for companies.

But the most interesting part it is for sure the Budget to fund the policy response where the “Union will provide a forceful support to Member States without putting additional pressure on their national budgets”. The Commission will propose “additional new own resources” to be added at a later stage during 2021-2027.

The document does not elaborate on the specific of the new “own resources” to be considered, but it seems that some of them might look like taxes or equivalent figures of a particular new nature, which means imposed at an EU wide level, not country level:

The own resource for companies drawing huge benefits from the single market is a novel approach for the expected difficult times coming post-Covid, where some rumors point to a levy of 0.1% on Multinational entities turnover.

Early to provide technical comments on the own resource until its nature and details are clearer, which promise to be an interesting analysis if we are really talking about a supranational EU managed revenue generation resource, but what seems clear is that Digital Tax is again strong in the EU Agenda.

According to the calendar, by summer 2020 the EU parliament will have to take a decision on Own Resources, that will have to be adopted and ratified by all Member States by December 2020.  The rest of the measures, including the Digital Tax and sectorial legislation, will have to be ready for implementation by January 2021.

All in all, a super challenging and demanding timeframe, fit for the times we live. The absence of Tax consensus EU has had during the last years in a number of areas like the CCTB or Digital Tax is to be dramatically tested in an emergency situation.

“Reaching a rapid political agreement on Next Generation EU by July is necessary for recovery and to get the economy back on its feet”.

In our view, the recovery will need a very strong, united, agile and determined policy direction, that will set the tone for the Next Generation European Tax policy, because as it is recognized in the communications:

“Europe needs to be more geopolitical, more united and more effective in the way that it thinks and acts”.

But EU can’t do it in isolation. The pandemic has boosted the transition to digital business models and digital sales under direct models for most industries, so the next 7 months are more critical than ever for the truly Digitalized Economy tax policy fundamentals setting, as we are in an historic moment driven by necessity.